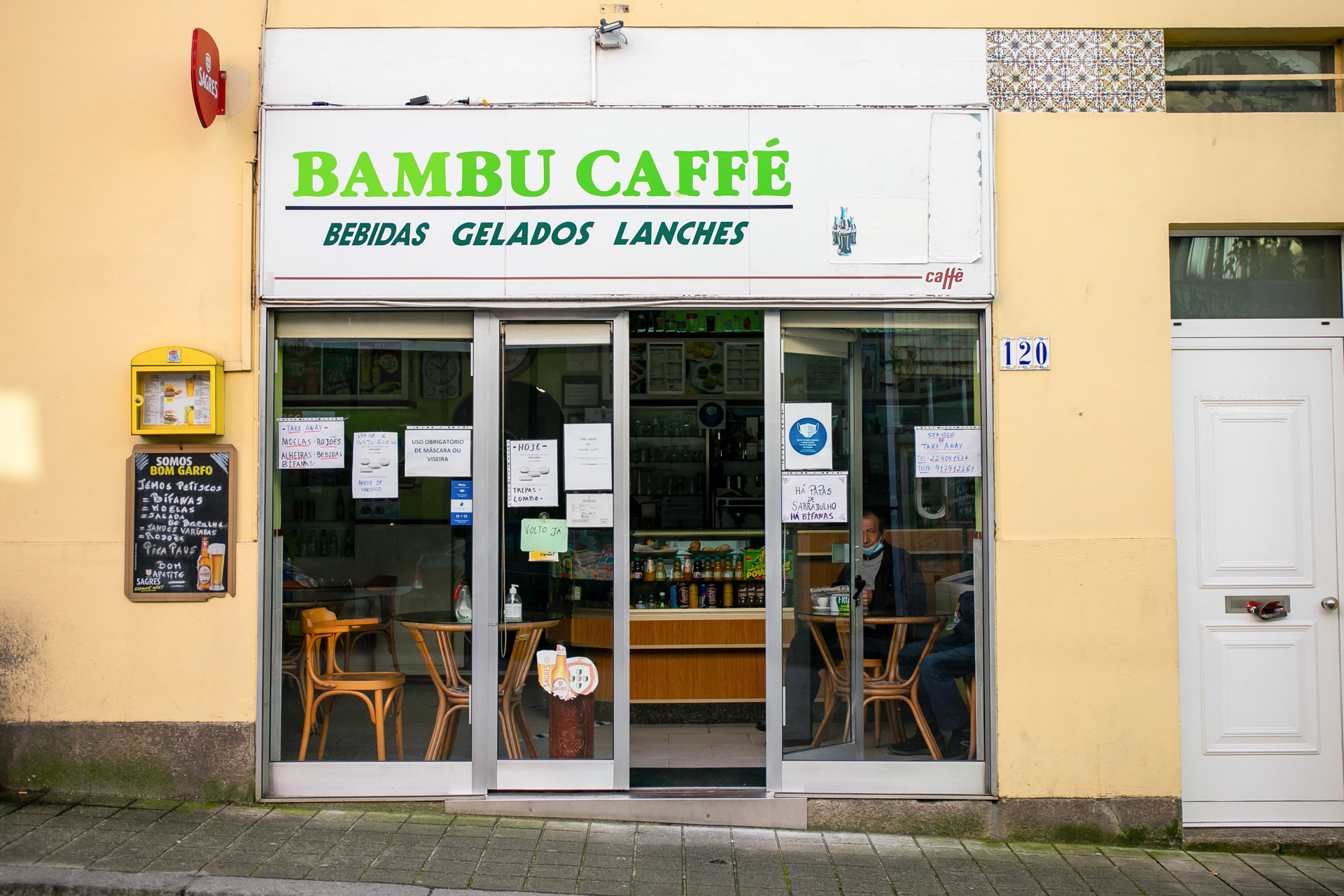 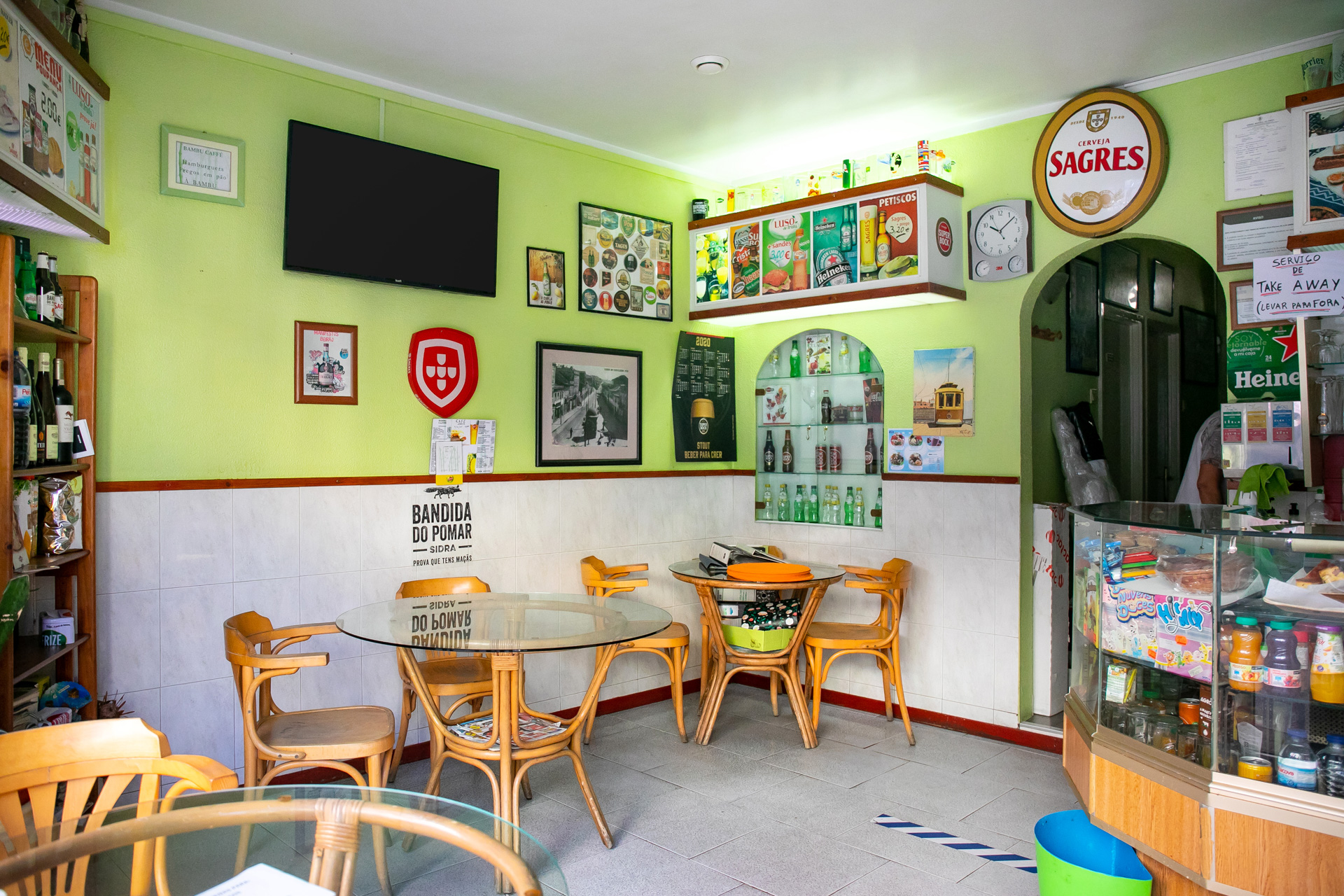 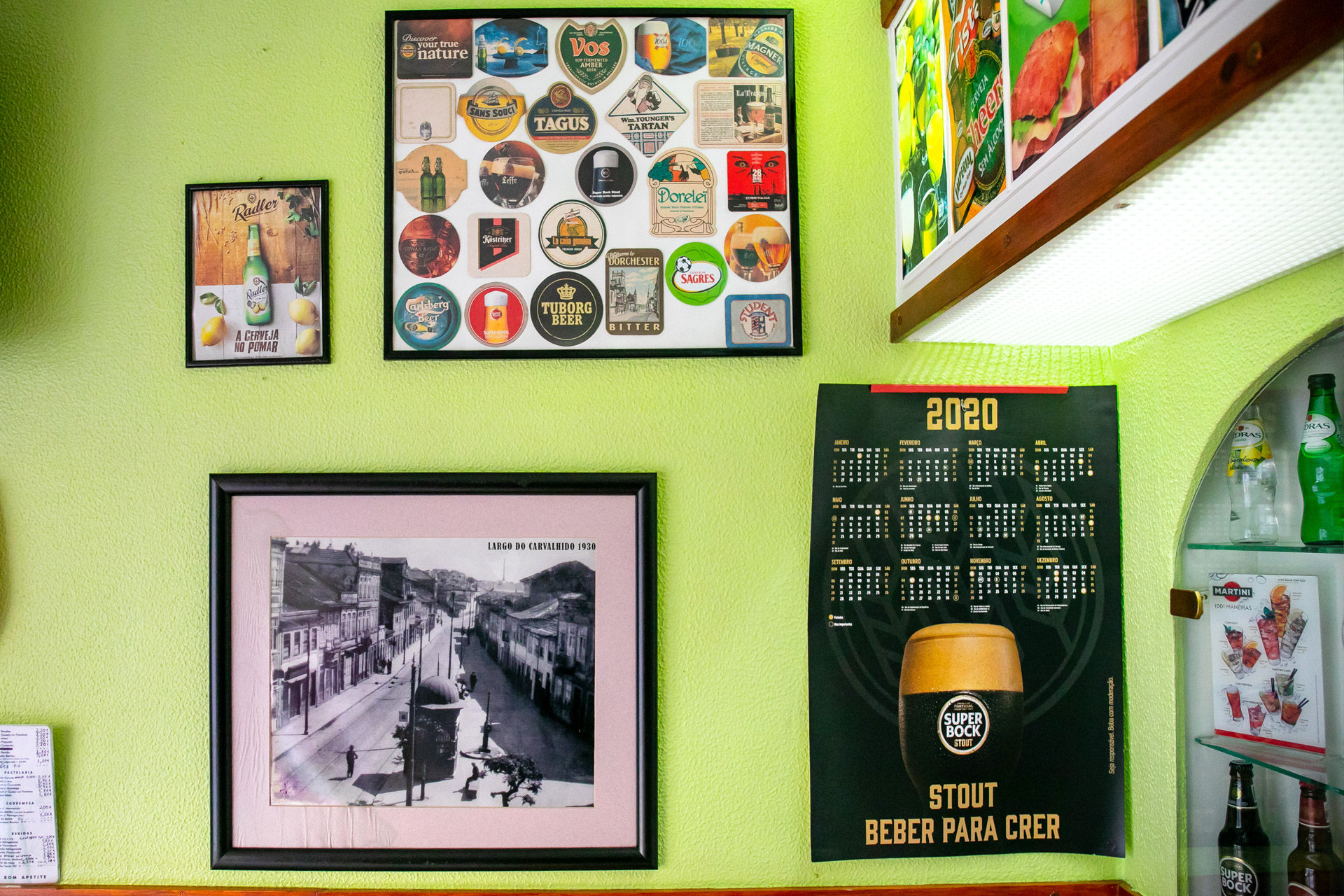 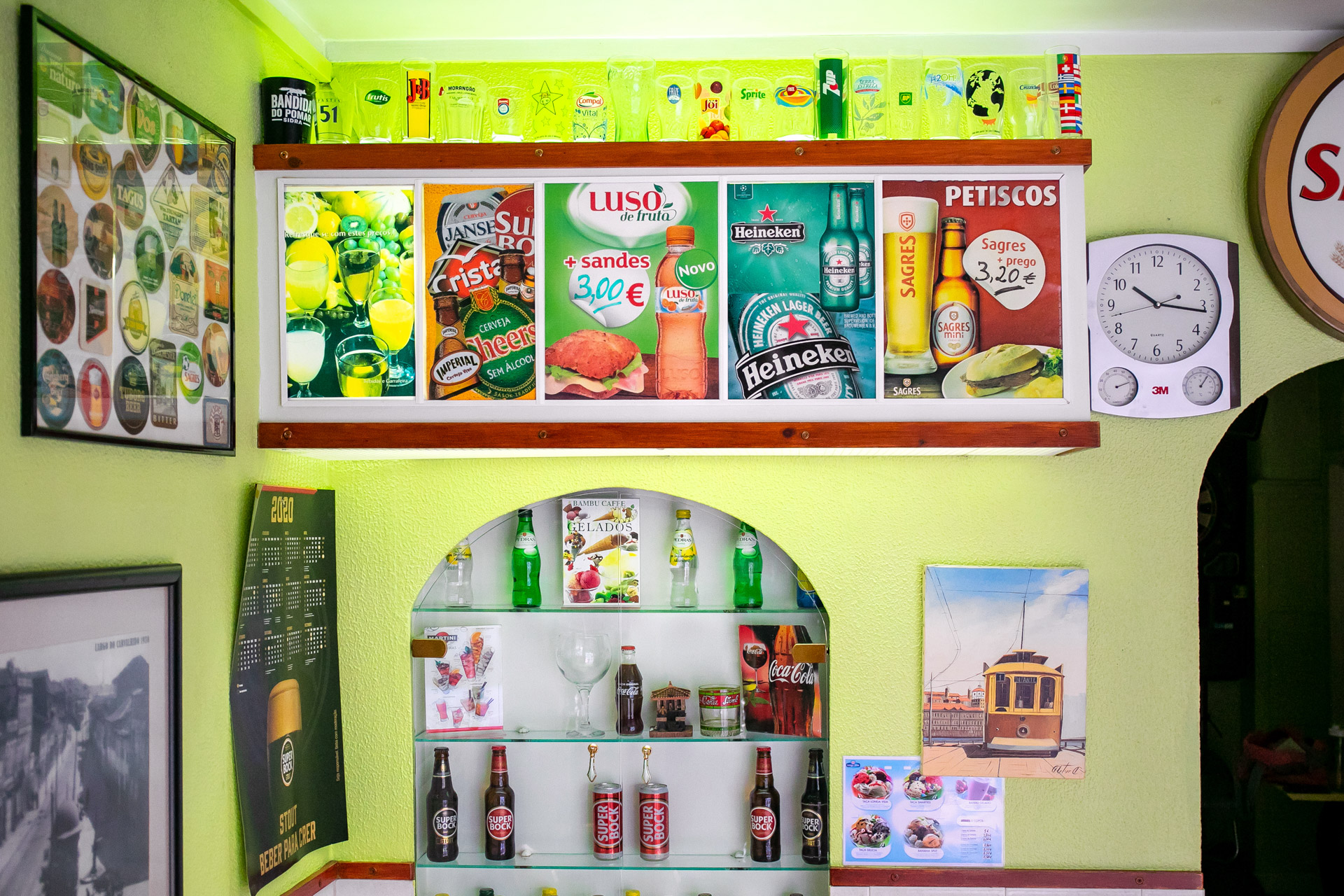 If you are looking for a quiet, welcoming place with a family atmosphere, Bamboo Caffé can be part of your choices. To take a break, to relax, to work a little to the computer, to study, to live together, to take a cup of coffee or a drink to regain the forces, or a snack to snuggle - a beef sandwich, some ‘moelas’ (small onion and tomato stew to which chicken or duck gizzards are added), a roasted ‘chouriça’, just to mention some - the Bamboo Caffé represents that type of space. Bamboo Caffé also offers meals, in a fast meals combo with typically Portuguese products, such as ‘alheiras’ (typical Portuguese sausage whose main ingredients may be poultry meat, bread, olive oil, lard, garlic and paprika), sausages, hotdogs and special toasts, having also salads and house combinations. Besides the interior space, there is a small esplanade at the door.

House specialised in all types of drinks, liqueurs, spirits, national and imported, with a wide variety of Portuguese wines (Douro, Alentejo, Dão, Setúbal, Bairrada, Verdes, etc.), but especially dedicated to Port Wine, which deserves particular attention by this establishment. This is why it has already been named the “Cathedral of Port Wine”, due to the quantity, variety and qualities that one can find here. There are ‘harvestings’ and ‘vintages’ since 1834, ‘Rare and Precious’ from its private collection, leaving satisfied the most eloquent and demanding appreciator of Port Wine. Its reputation crosses borders and is recommended in several international guides. 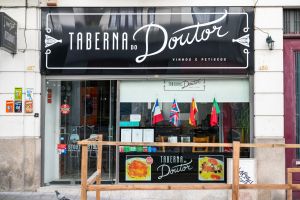 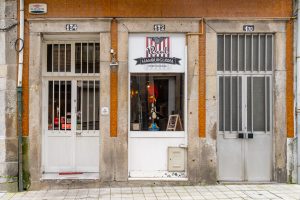 Real Hamburgueria Portuguesa is a handmade hamburger, whose concept is the making of hamburgers, using typical and traditional ingredients of Portuguese cuisine. Therefore, it our intention that the customer makes a trip to various regions of Portugal through the palate, tasting unique burgers which names are also often peculiar, but always with identity where quality is the main ingredient.
Real Hamburgueria Portuguesa also has a grocery store with Portuguese teas and craft beers, jams, pickles and spicy.