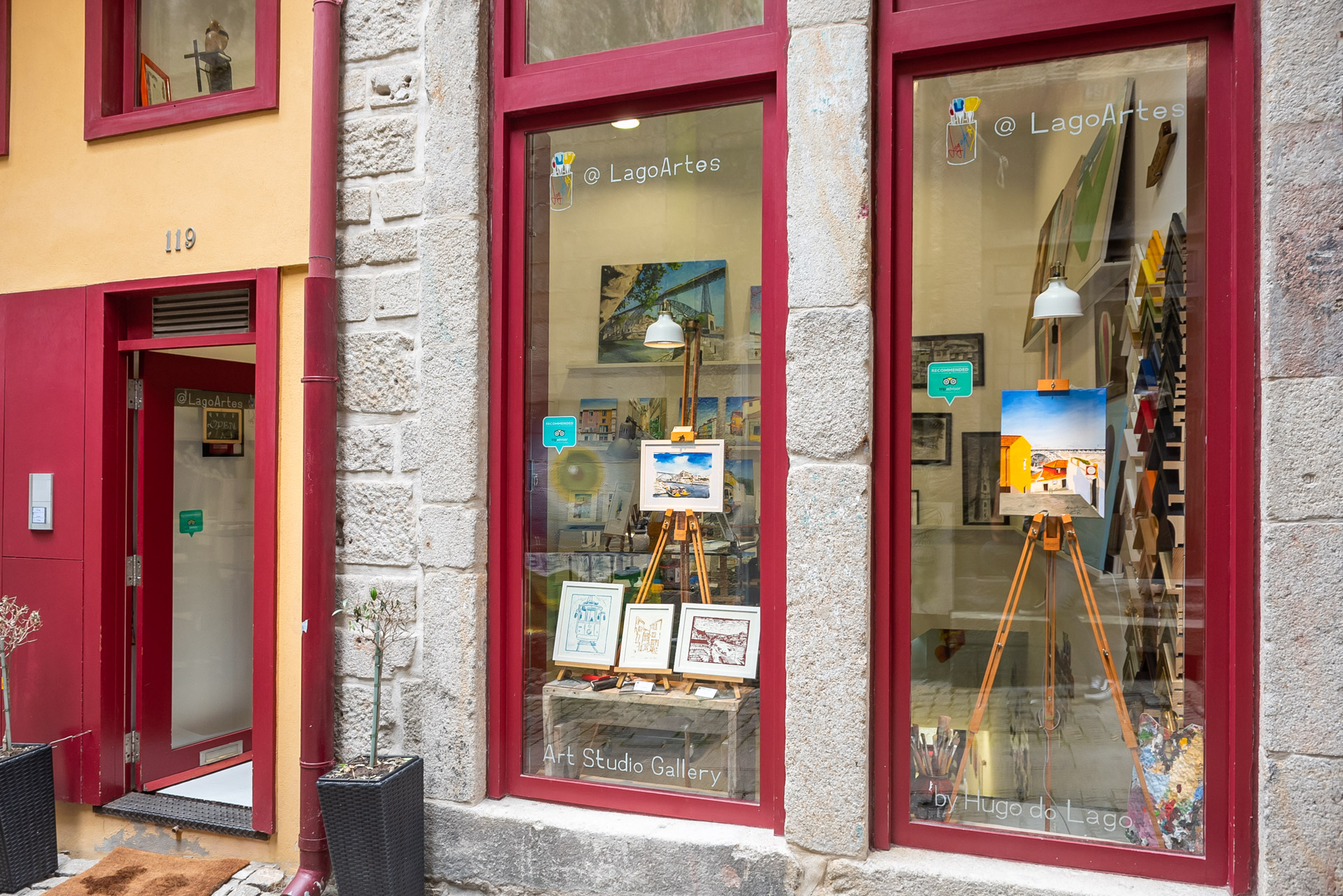 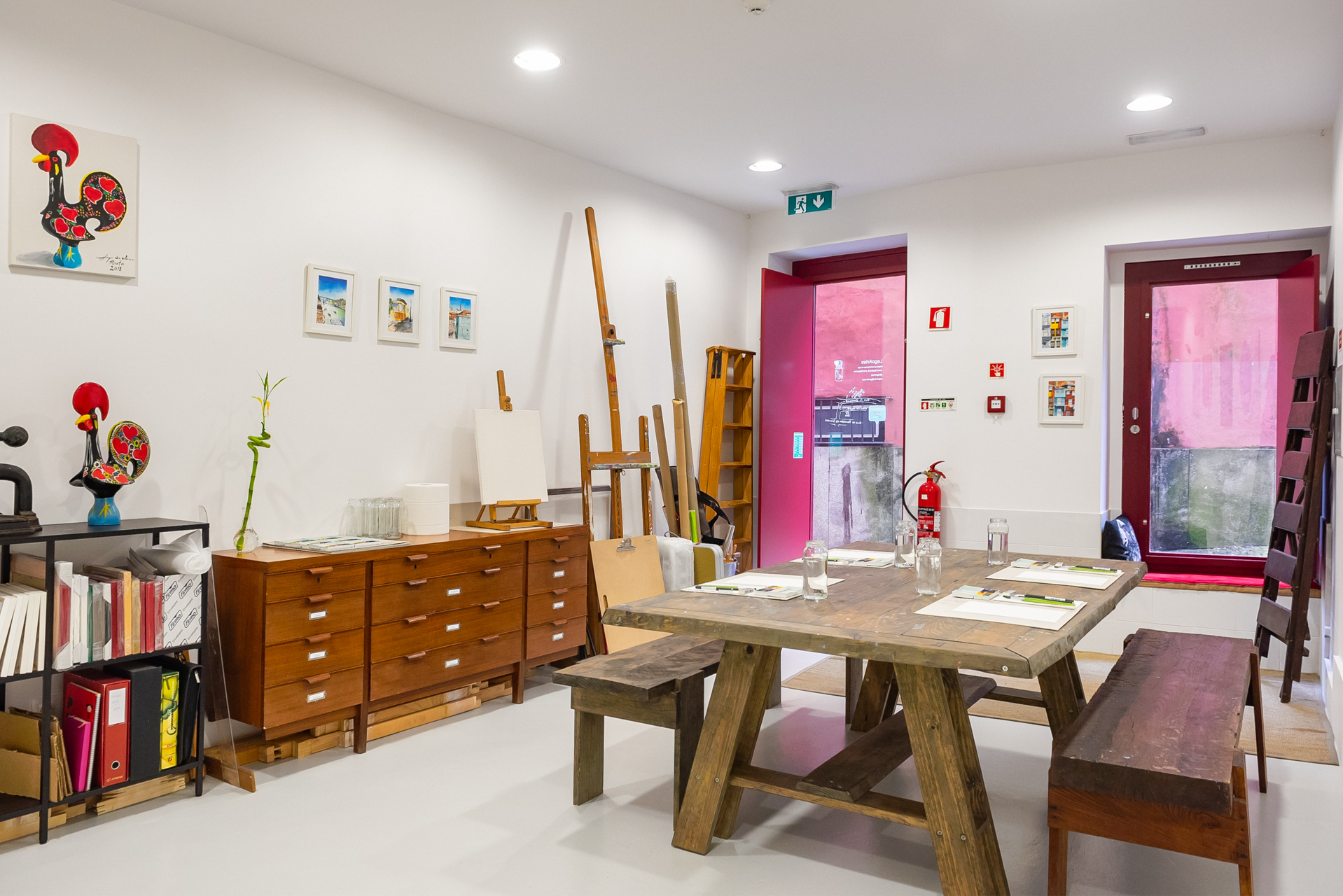 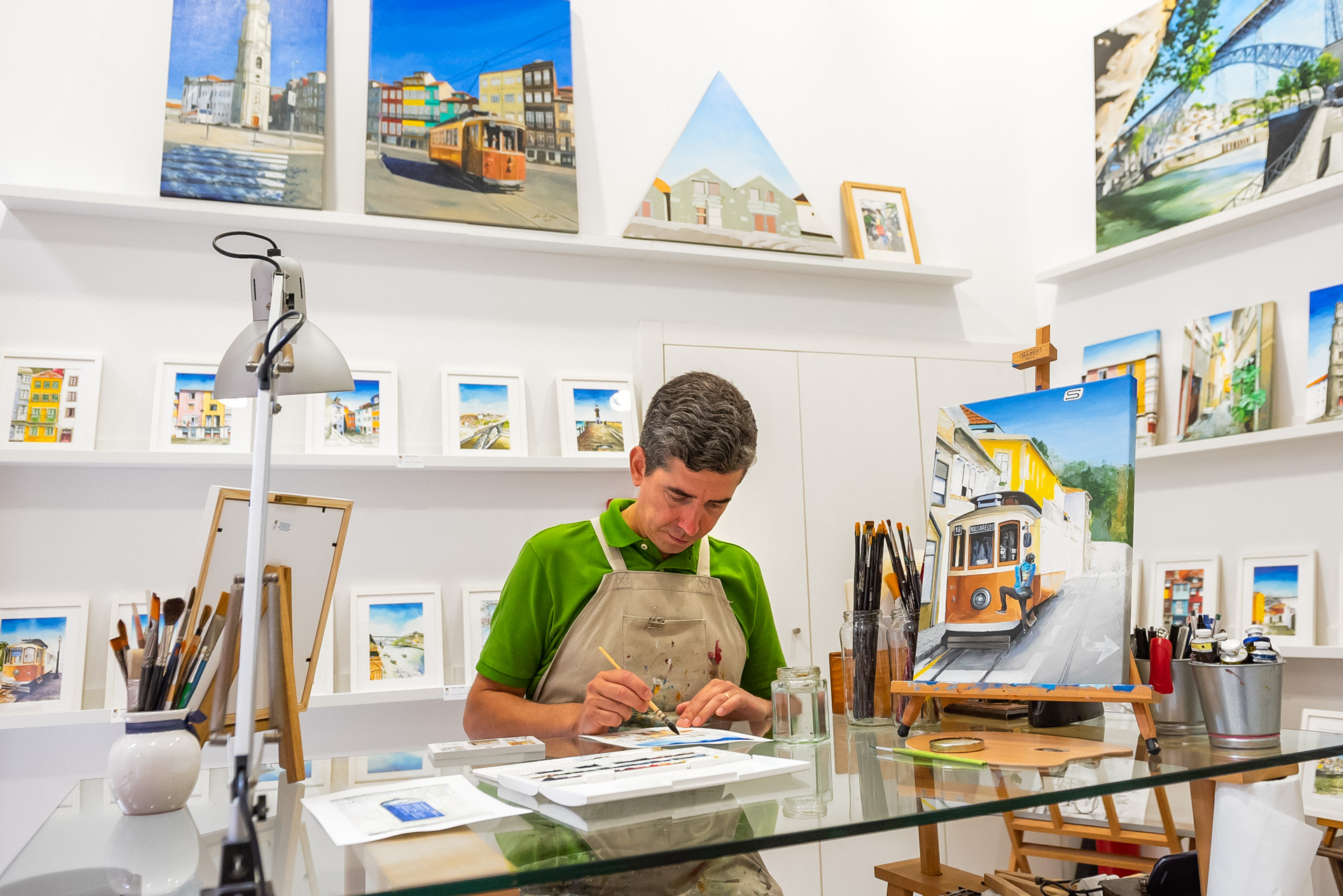 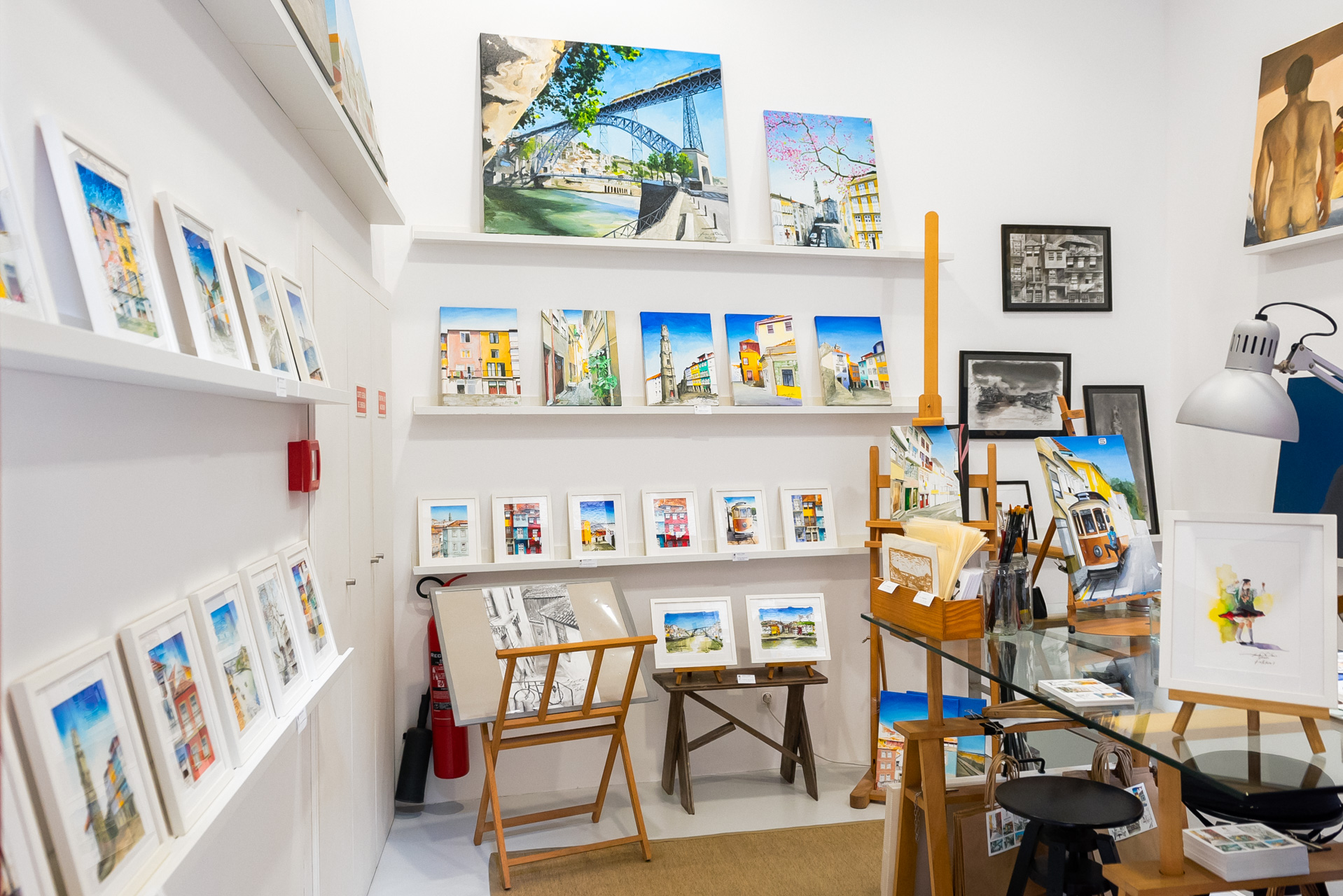 In this open studio, the client/visitor will be able to observe, purchase and create together with the Painter Hugo do Lago in his creative space. Hugo do Lago is an artist who studied at Camberwell College of Arts London, UWE Bristol and has a degree in Painting from the Faculty of Fine Arts of Porto. After a few years abroad, he decided to return to his city and open, in 2017, an Art space in Porto which offers the best of his experience and shows the best of the city. Here you can buy original works created by yourself (Watercolours - Acrylic on canvas - Drawing), custom-made frames or participate in daily workshops, at varied schedules, of Painting, Water colouring and Drawing. 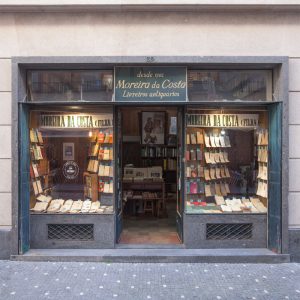 Moreira da Costa bookstore was founded in 1902 and is one of the oldest literary bookstores in the country. It is currently owned by a founder’s grandchild and has a collection of old and rare books. It is a historic Porto shop, having received important literary gatherings in the first half of the 20th century. It has an archive of books since the seventeenth century with great emphasis on French books in the area of theology and architecture, among others, featuring a representative collection of the writer Camilo Castelo Branco. Its semicircular interior architecture gives it a unique look while remaining true to the original design. 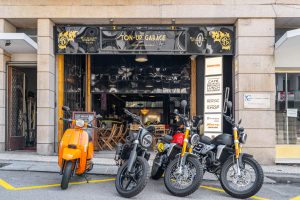 Ton-up Garage is a brand dedicated to building your next bike. It was created in 2010 by Daniel and Pedro, two passionate about the engines and who decided to put the passion into action, customizing vehicles and promoting the retro lifestyle, bringing to this day the 50’s, 60’s, 70’s and 80’s. 20th century. Making wishes come true, Ton-up listens to customer designs and applies the aesthetics of these decades to the concept, combined with the quality of contemporary products. Ultimately, we materialize our customers’ imagination by offering their own imagination and ingenuity in vehicle production as a bonus. We also sell clothing, helmets and other accessories.