This bookstore dates back to the founding of the well-known “Livraria Asa” in 1967, adopting the current name in the year 2000. José Alves bookstore has been establishing itself as a repository of excellence in the specialized technical books market, namely in the sectors of Economics, Management, Informatics, Biological Sciences, Architecture and Engineering. Mostly geared towards Higher Education in Portugal, with equal emphasis on the Business and Professional segment, this establishment is a point of reference for all those looking for specific books, which you will surely find in this space. 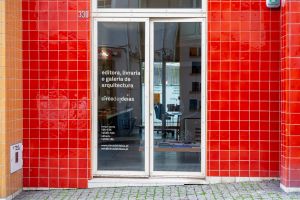 Circo de Ideias is a publishing house, bookstore and architecture gallery. Located in the Bouça district, Circo de Ideias was founded in 2008 as a non-profit cultural association, with the aim of promoting the dissemination and study of architecture. The passion for books, for publishing, for curating, for architectural publications in particular, led the two architects, owners of this space, to edit books where there is a deliberate confrontation between the text, the image and the object. Their books are thought and edited by themselves to the limit, in a curatorial work whose result is the book itself. They have already edited books based on the work of Rem Koolhaas and Siza Vieira, for example. 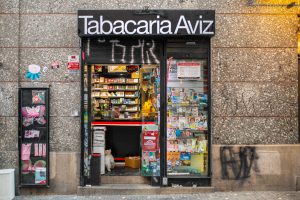 After inheriting her father-in-law’s business, Tabacaria Aviz’s current manager, Maria José Viriato, took advantage of her experience and decided to implement some changes. It started by offering other types of articles and products, besides the usual publications, and extended its opening hours. At this time, in addition to its normal opening hours during the week, it is also open from 10 pm to 4 am on weekends. This differentiating time opened the tobacconist to a new audience. In addition to a place where people will buy their newspapers and magazines and tobacco, they have started to serve another type of audience that uses the tobacco shop almost as a convenience store.