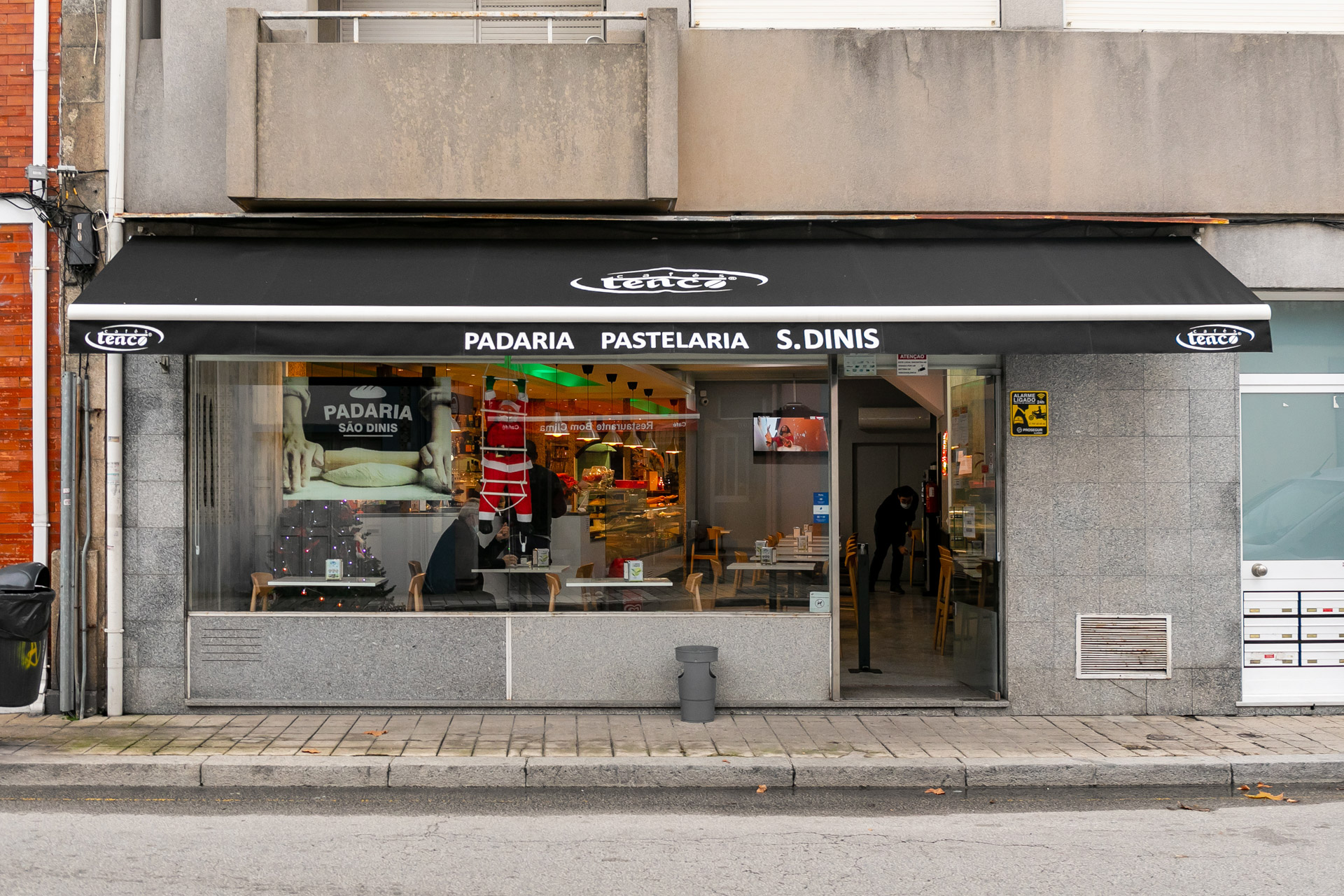 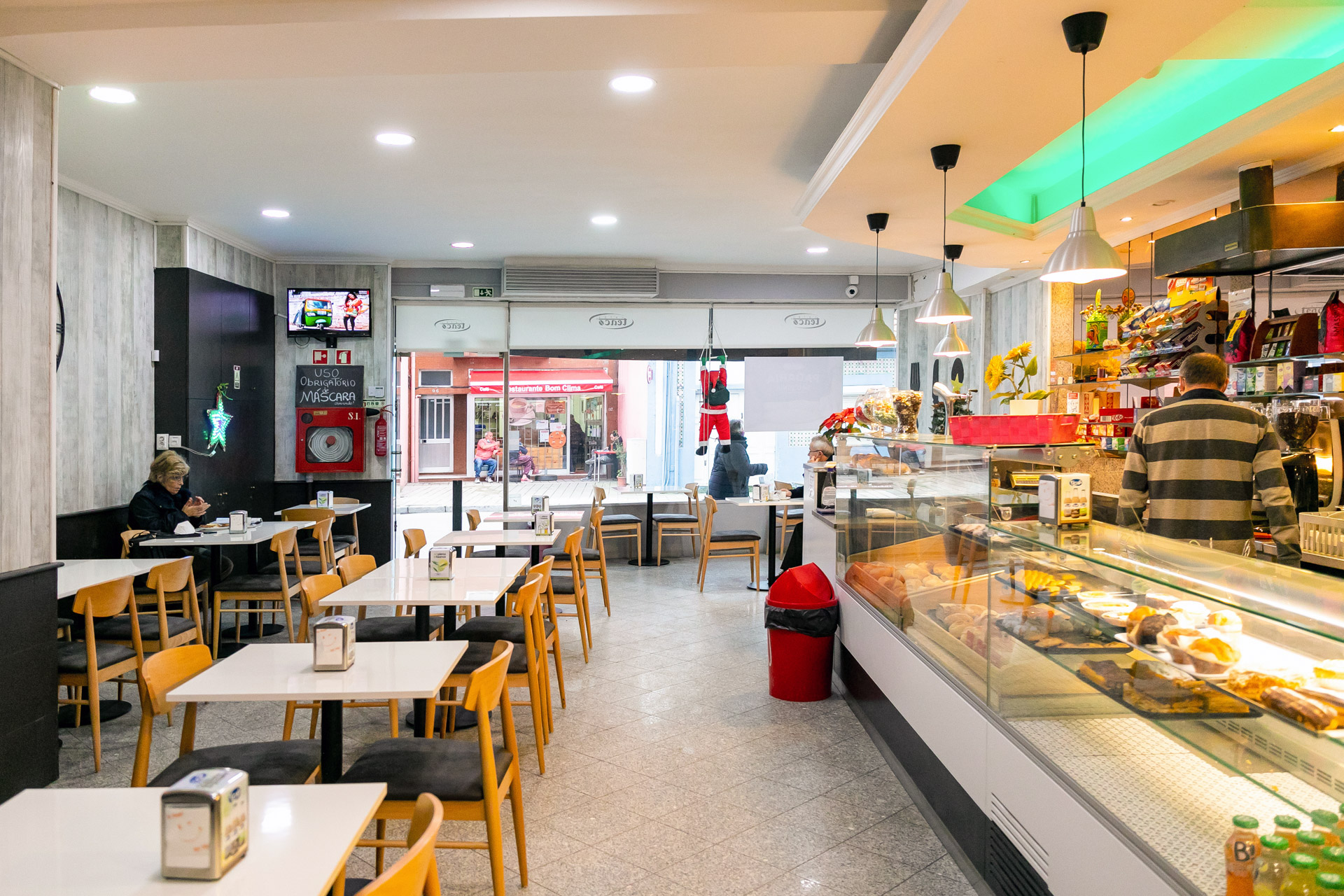 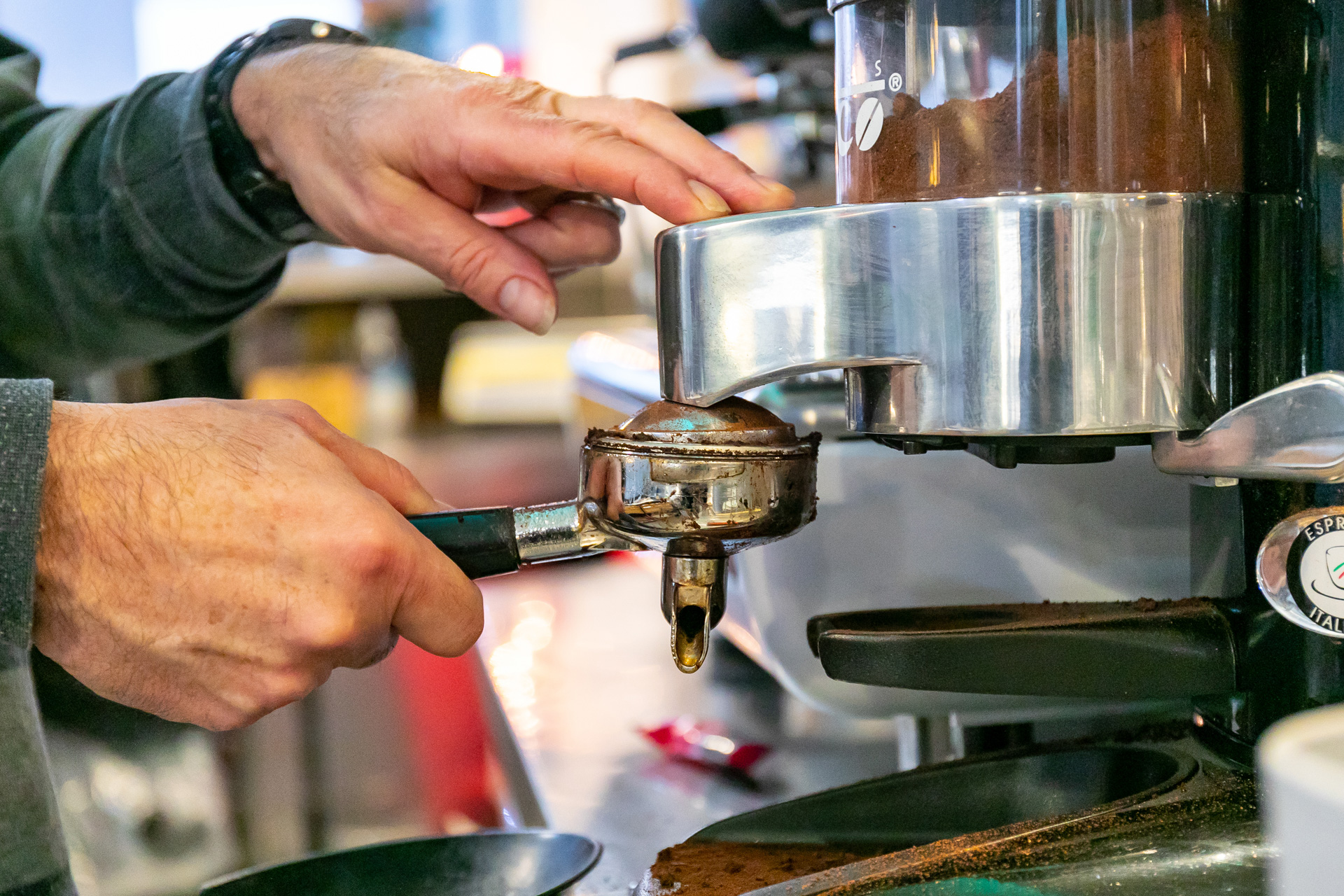 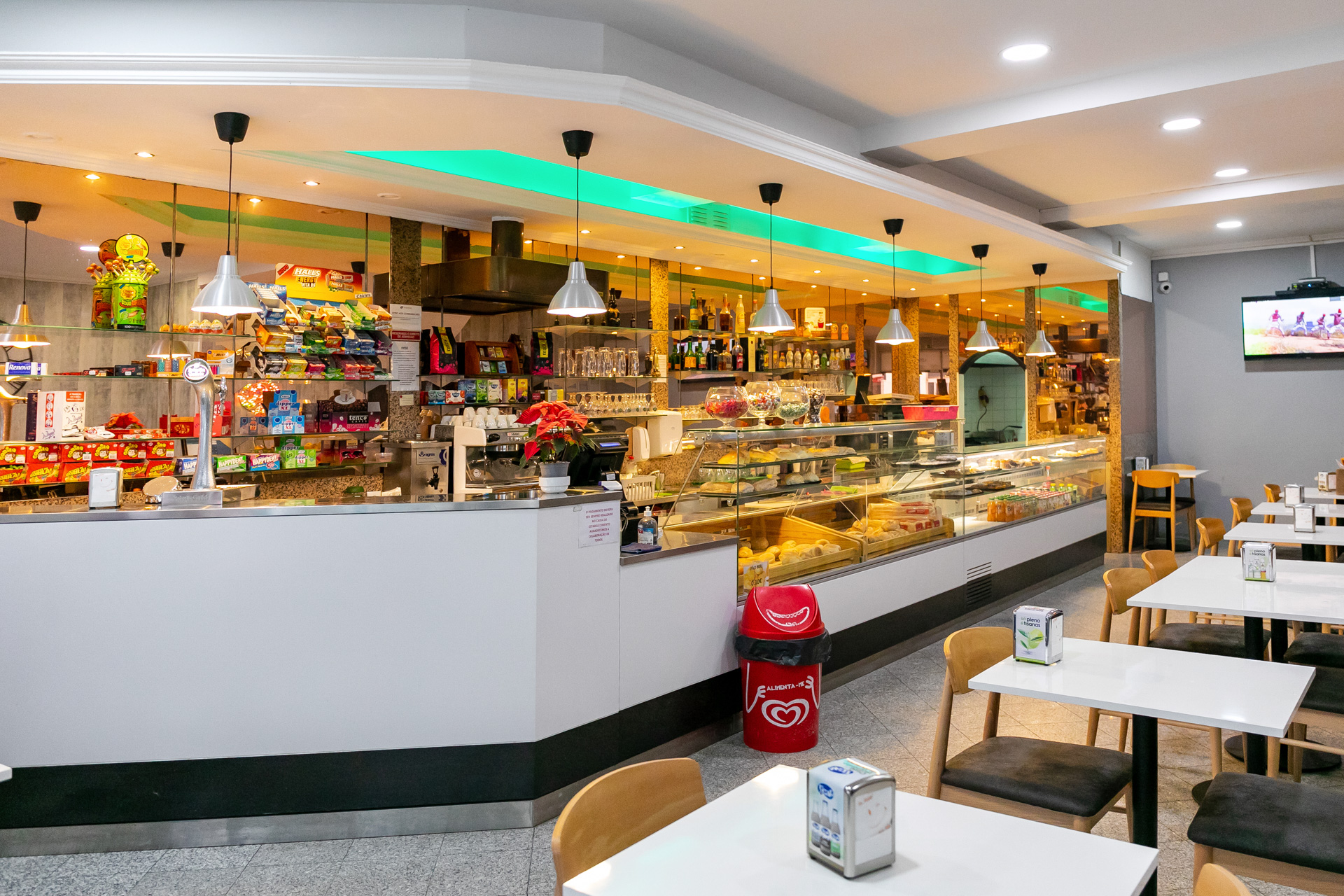 Situated in the street with the same name, the Padaria S. Dinis is a hot bread establishment, with fresh bread served daily. For this reason alone, it would already deserve the attention of our senses. However, the Padaria S. Dinis is much more than that, it is also known for its varied pastries, having Berlin balls (the Berlin ball is a traditional German cooking cake, whose recipe arrived in Portugal during the Second World War by Jewish refugees, becoming an immediate success. It is sprinkled with sugar, but while the Berliner is garnished with mainly red sweets (strawberry, raspberry, etc.), the Berliner ball is filled with a yellow sweet called pastry cream through a side blow and is always visible. With the exponential sale of this product, the flavours of the filling have also increased. The Berlin balls are fried before being stuffed with the pastry cream. Their German counterparts have a slightly smaller diameter and are usually sprinkled with powdered sugar. In Portugal, you can find Berlin balls in most bakeries, which sometimes also have them without filling. They are consumed a lot on the beaches from north to south of the country during the summer), cream pastries, various versions of éclairs and croissants, just to mention a few, as well as for its daily meals, based on the tradition of Portuguese, regional and local cuisine, with modern versions of some well-known dishes and having its version of the famous Francesinha (a sandwich from the city of Porto, consisting of sausage, fresh sausage, ham, cold meats and beef steak, covered with cheese later melted; it is garnished with a tomato, beer and piri-piri sauce and can be served with French fries as a side dish), and ‘Tripas à moda do Porto’ (the most representative dish of Porto that dates back to the time of the Portuguese Discoveries is cooked with tripe and fat meat, accompanied with thick slices of dark bread; today instead of bread white beans are used). The service is attentive and personalised and the space is welcoming, having a family atmosphere. 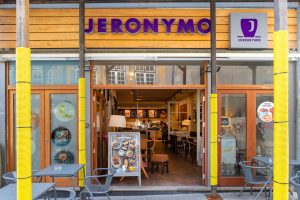 Jeronymo is a coffee chain founded in the year 2002.
This brand has as objective of its activity the desire to recover the spirit of the old neighborhood cafes, which were assumed as a meeting point and sharing of good times between friends.
Starting from the heritage of these spaces, our service and products offers are adapted to the modern times.
Jeronymo counts on Rua das Flores with its first store in downtown Porto. The space has 40 seats inside and its own terrace with heater and a comfortable blanket for the colder days, while also providing free wi-fi for customers. 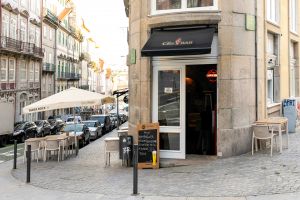 At Cris Bar the Portuguese cuisine is highlighted, with a wide variety of delicious and fresh dishes. Its drinks and delicacies quickly convince its customers. You can also find fast food, salads, diversified regional dishes, gastronomic specialties and local dishes, according to the own, “created with love by the cooks”. They also have various proposals for those who like sweets, from croissants, cakes or various fruits, ideal as dessert. The atmosphere is calm and welcoming, to provide its customers a calm and familiar dinner. It will be easy to keep in touch with your friends, as it has free Wi-Fi. 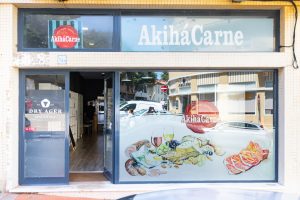 AkiháCarne, as its name implies, essentially specializes in selling various types of meat to the general public, in order to satisfy all the needs of this market.
Among the various services that this space offers are the sale of fresh and aged meats, the latter also being available for sale in the form of frozen foods. The offer also includes options such as artisanal hamburgers and organic meats.
To its customers, AkiháCarne also offers a variety of specialized grocery products, carefully selected, such as wines, olive oils and organic honey.